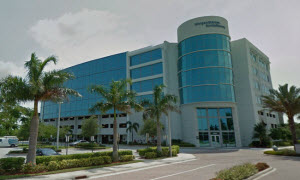 The Siegel Group is unique in that Ambassador Ned L. Siegel’s business career has encompassed over 30 years of entrepreneurial experience as a developer, owner and manager of vast and diverse holdings in residential and commercial real estate. The Siegel Group was founded in 1997 by Ambassador Siegel who has an extensive history and proven track record in residential and commercial real estate as he has developed, managed, and owned more than one billion dollars worth of real estate throughout his real estate career.

Another site The Siegel Group played a major role in was The Met One Centre, formerly known as One Miami, in Miami, Florida. The 9 acre waterfront site located in the heart of downtown Miami received a Master Use Special Permit allowing for the development of 300 condominium units, 1,200 apartments, a 300 room hotel, 100,000 square feet of convention center space, 400,000 square feet of retail space, 1.2 million square feet of office space, and 7,000 related parking spaces.